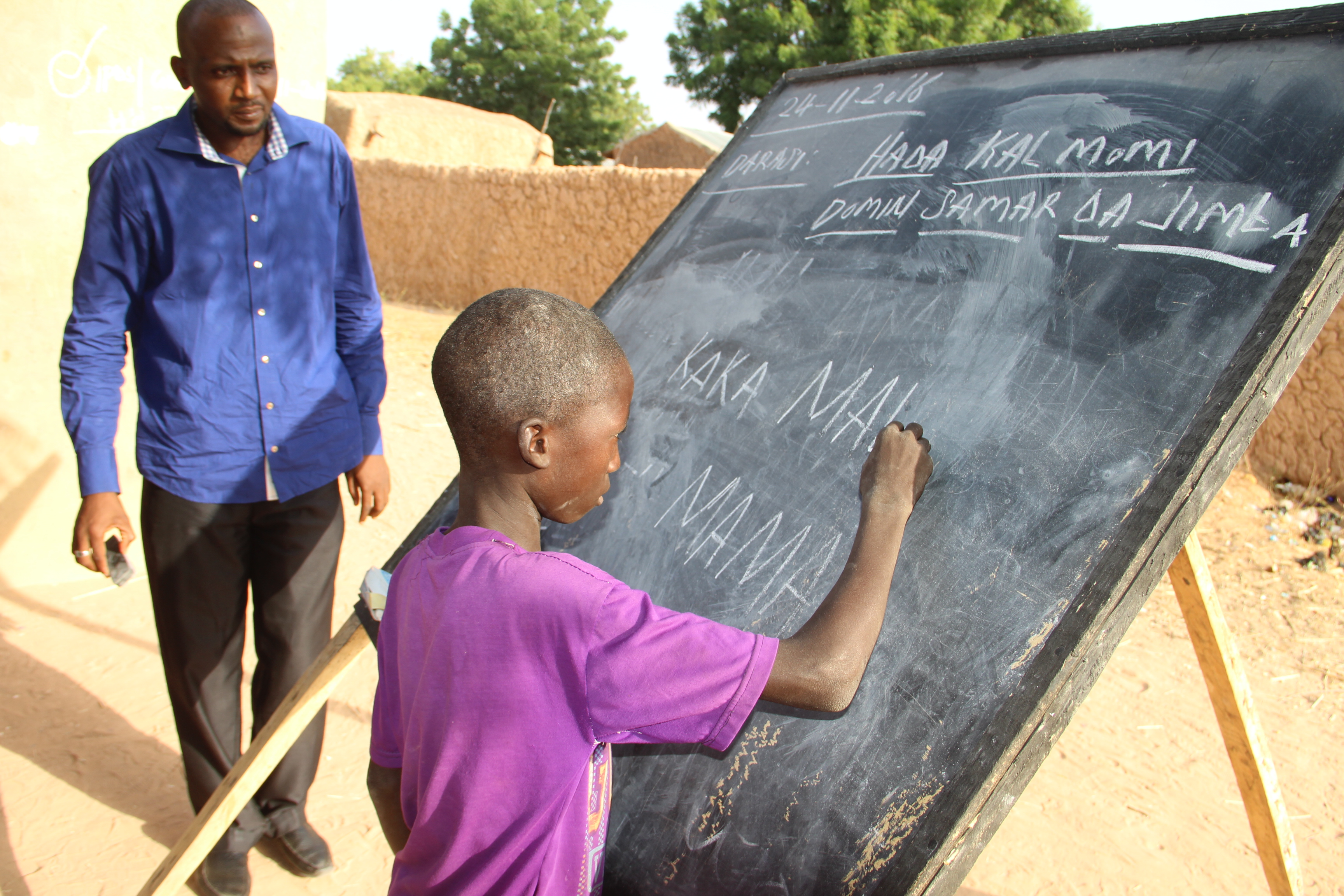 Attakwanyo is the largest ward in Gwadabawa local government area of Sokoto state.
Despite the ward’s size, it boasts of only one primary school. Established since 1922, it is arguably the oldest school in Sokoto state. Classes take place about four times a year, or whenever the teacher comes.
Very few people complete secondary school in Attakwanyo and only a handful are graduates. With little or no access to education, most of the children fall back on Islamic education and help their parents during the farming seasons.
This is why members of the community were so elated when the Northern Education Initiative Plus opened a learning center in Attakwanyo.
Barau Ishaq, a community leader, is one of the residents who is celebrating the new learning center.
“We have been forgotten for such a long time,” he says. “In other places, children go to school but for us our children have to walk several miles to go to school. We dreamt that one day we will have something similar within the community and now our prayers have been answered.” 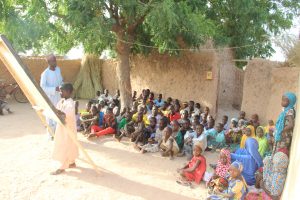 More than 60 children are seated under a tree in an open area outside listening attentively to the learning facilitator as he teaches them to pronounce and use vowels. Though each learning center accommodates a maximum of 45 students, the other 15 attendees are not formally enrolled and instead are willing to just sit in on the class.
One of the enrolled learners is nine-year old Bilyaminu Ismaila. For a child who has never been to school first, he has learned so much in barely two months.
He can count from 1 to 100, as well as joining consonants and vowels to form words in Hausa.
“I never dreamt of going to school. I am so excited. I like my books and I like my teachers,” Bilyaminu says.
He is also very dedicated to his education.
“I do not miss classes because I do not want to miss any lesson,” he says.
Community leader Ishaq says children in the community use every opportunity to test each other’s knowledge on what they have learnt so far at the center. 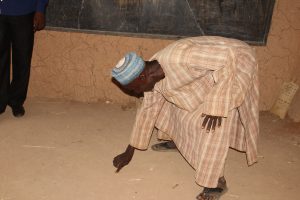 “They spell [words] in the sand all the time and on the farm they keep asking each other questions,” he says.
Bilyaminu may be excited about the learning center but growing up in a community like Attakwanyo, there is little to aspire to. He does not have a role model. He also does not know what he wants to be in future.
As the community leader, Ishaq wants to work with other community members to change this.
[perfectpullquote align=”full” cite=”” link=”” color=”” class=”” size=””]“We are ready to rally together as a community to sustain this center even when the program ends. We want a future for our children,” he says.[/perfectpullquote]