Hafsat Abdullahi, 17 – Fighting for a future 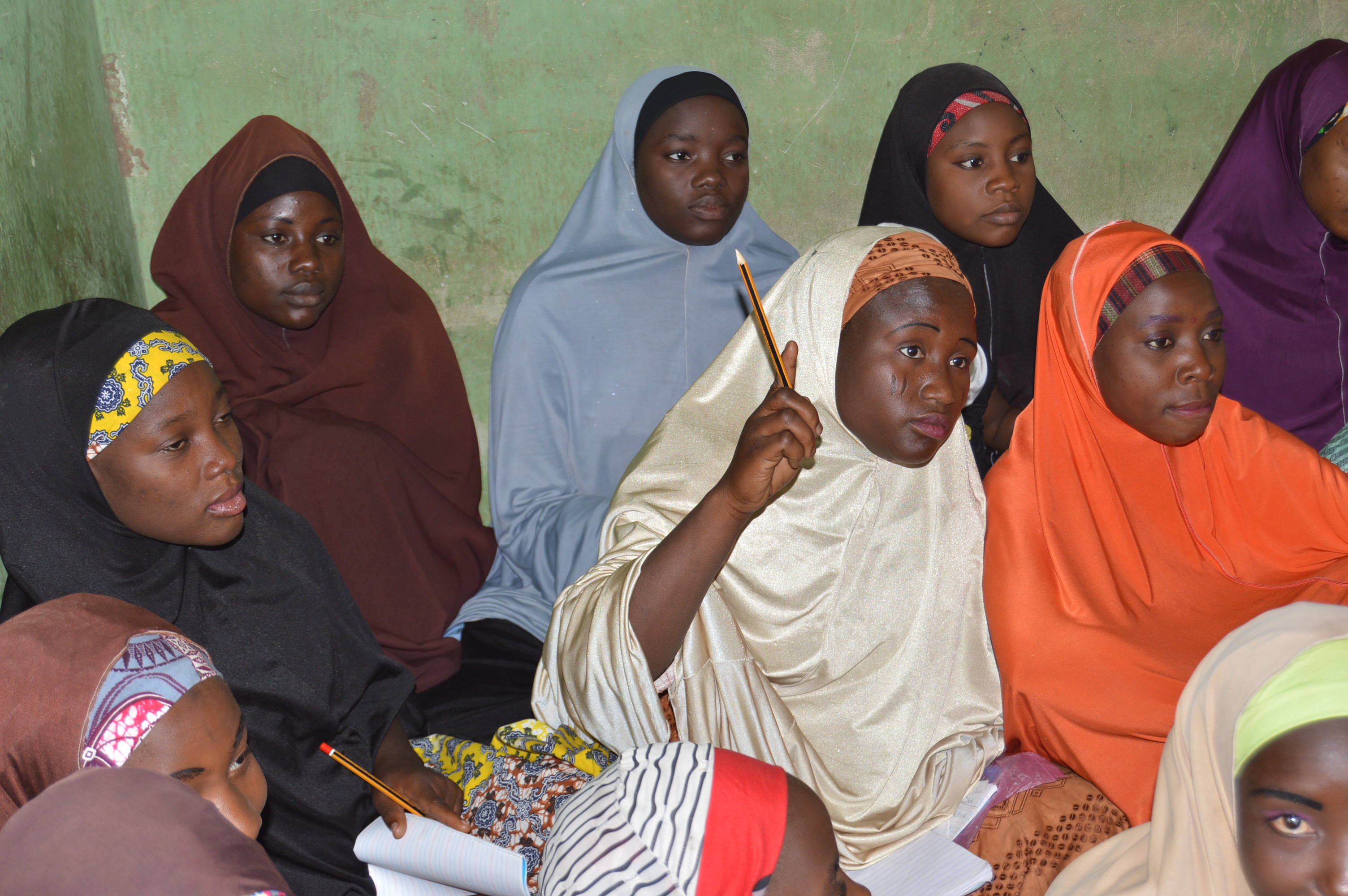 Hafsat Abdullahi is a 17-year old girl with a complicated past. She is enrolled in a learning center for girls in Ningi local government area of Bauchi state. She has been attending classes for five weeks and is now able to recognize and read the alphabets. A new world is opening to her.
“I want to be educated but I never had an opportunity till now,” she says.
Like many other girls in her community in Burra, her parents groomed her to support the family by hawking on the streets.

Eventually, at age 13, she married a suitor. Several attempts to deviate from this plan and obtain an education were aborted.
Three years later, she was a divorced mother of two children. Again, she pushed. Her mother said she was now “too old for school”.
Hafsat hawked food for another year until another suitor came along but this time she stood her ground. She pleaded with her husband to let her enroll at the center established by the Northern Education Initiative Plus.
The center’s director, Binta Ibrahim, paid a few visits to her husband’s home and with some convincing he gave his consent.
Binta constantly deals with the challenge of parents or husbands consenting to their daughters or wives to pursue basic education. But with the support of religious and community leaders, she is making progress.
“I meet some women at weddings or other ceremonies and they are grateful they sent their children to the center. The girls too say what they have learnt at the center has made them better wives and mothers,” Binta says.
In addition to learning to read and write, girls in the center pick up a vocational skill so they can support their families financially.

Hafsat’s husband, Buhari Ibrahim, works in the Emir’s palace. He admits that he initially gave his consent because attending the center was free. Now, Ibrahim dreams that his wife could someday become a Director of a Ministry in Bauchi state.
“But much more than that, I see her improving daily. She is trying to read and write and her personal hygiene has improved,” he says.
Ibrahim says Hafsat is “intrigued” by the books she was given at the learning center and he helps her with her homework whenever he can spare the time. 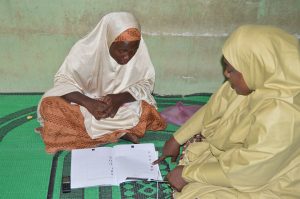 He promises to support her education to “any extent”. But Hafsat is still pensive about the future. She is happy to take each day as it comes.
If she could dare to dream what will she want to become? She is silent for a long time and then with eyes downcast and a shy smile playing around her lips she says wants to be like Binta to “help other women.”
What is motivating her presently?

[perfectpullquote align=”full” cite=”” link=”” color=”” class=”” size=””]
“I want to have my own secrets. I want to think for myself and I can do that if I learn to read and write.”[/perfectpullquote]