NEI Plus builds skills of 5,000 teachers on early grade reading 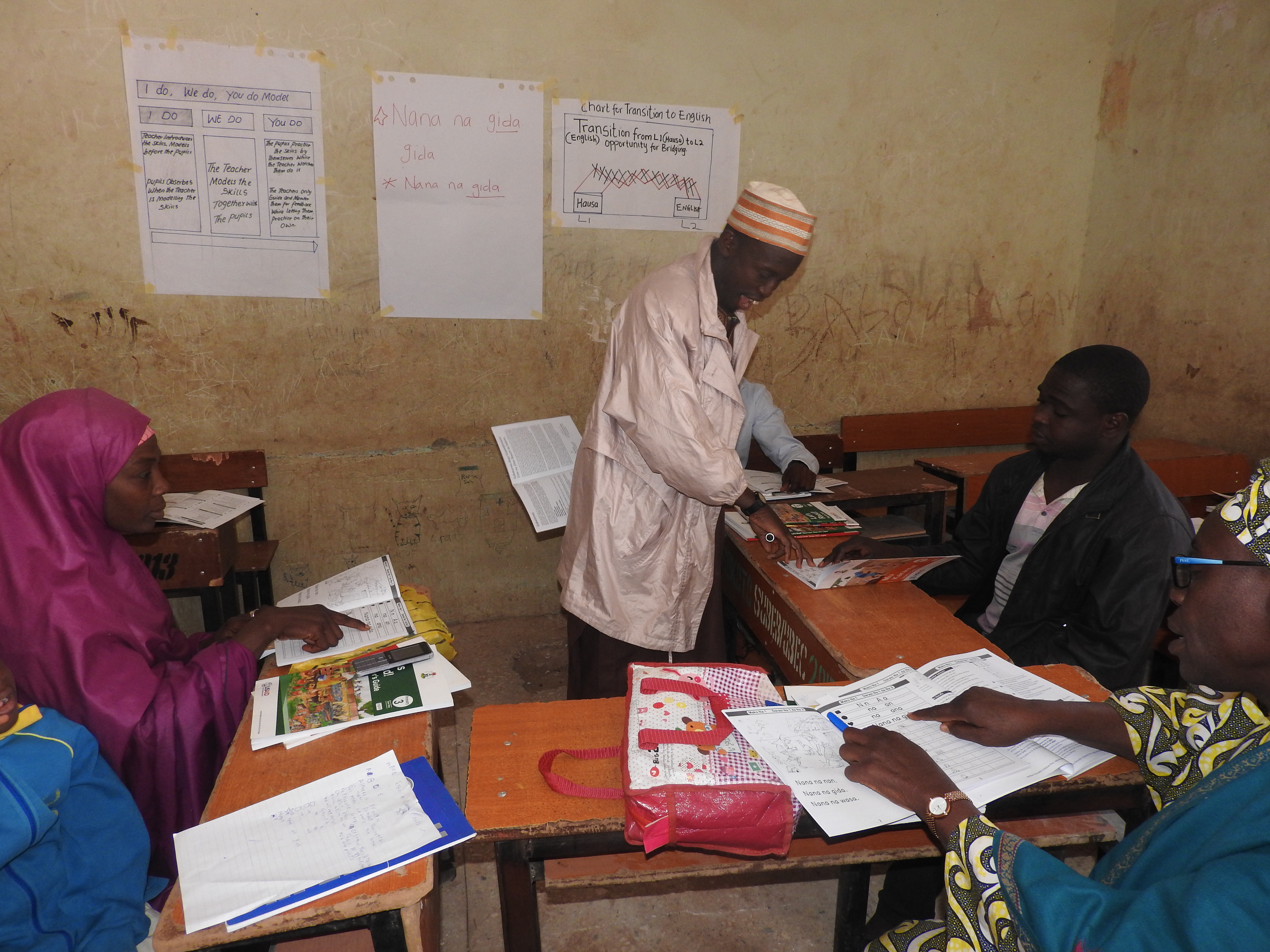 January 28, 2019 By Creative_ADMIN Comments are Off

In 2016, the Northern Education Initiative Plus conducted an initial training for 7,000 teachers to roll out an early grade reading curriculum called Let’s Read! (Mu Karanta! in Hausa). The program teaches children to read in Hausa in first grade, building their skills to transition to English by the third grade.

After two years of implementation in more than 3,000 schools, a 2018 mid-line Early Grade Reading Assessment showed a significant improvement in children’s ability to read. At baseline, about 80 percent of children in grades two and three were not able to read a single word in Hausa or English.

This recent five-day training reinforced key knowledge and skills for teachers and pupils and addressed gaps identified in the implementation of the reading program such as time for pupils practice, placing emphasis on listening comprehension and use of professional learning communities by teachers.

Hajara Usman, a teacher from Lokobi Primary School in Wammakko local government, Sokoto state who participated in the training said being exposed to new teaching methods will improve her relationship with her pupils in the class.

“In the past we did not have group discussions, the teacher speaks and the pupils only listen. But now I have learnt to encourage interaction and have a feedback system to gauge the understanding of the pupils. I now know if my pupils are paying attention or disconnected,” Hajara said.

For Afeez Abubakar, another participant at the training, learning the gradual release method of explicit teaching (I do, you do and we do) is a skill he is excited to put into practice at the Shehu Malami Model Primary School in Wurno local government area where he teaches.

“I now will be able to build my pupils’ skills from telling them what they need to know, to doing it collaboratively and allowing them practice on their own,” he said.

Expressing joy over his selection to participate in the training again, Ahmad Bello, said using the Let’s Read! Mu Karanta! teacher guide has helped in preparation for lessons by reviewing the weekly scope and sequence, preparing flashcards, reading the lesson plans and practicing the song or story of the week.

“Having the teacher’s guide has allowed me deliver lessons effectively and engage with pupils in a way that is interesting for them,” Bello said.

Despite initial gains in reading, a Trainer of Teachers, Bello Umar noted that challenges such as high rates of absenteeism among both teachers and students, insufficient time on task and low capacity and motivation of the education officials need to be addressed for more pupils to improve their reading skills.