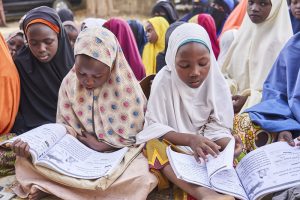 Many children in Northern Nigeria do not have access to schools or alternative education. Children in these communities grow up without foundational literacy, numeracy or social skills, limiting their potential and putting them at a higher risk of joining insurgencies.

The USAID funded Northern Education Initiative Plus works in Bauchi and Sokoto states to improve early grade reading and strengthen formal and informal learning systems. At the center of the project’s work are community mobilization and participation.

NEI Plus is working in communities like Sullubawa, a predominantly nomadic village situated a few kilometers from Bauchi township, where many children are out of school. The initiative, in collaboration with the community, established a non-formal learning center.

The center has proved successful and now most of the children attending can read and write. The community was amazed by the results and, as part of NEI Plus’ sustainability plan, Sullubawa took over running the center after a few months of supervision and support. The community mobilized and built a block of two (2) classrooms in readiness for starting and getting government approval for a formal school in the village. 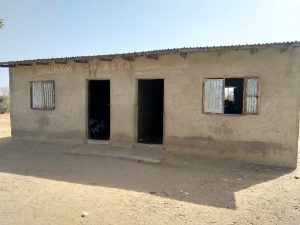 Sullubawa community, with the support of Sani Sadiq Arabi the Access and Fragility Officer, NEI Plus and other partners from the Reproductive Health Initiative and Support Association (RHISA) represented by Hussaini Ahmad, formally requested the Local Government Education Authority to open a formal school in the community. Their request was approved, and the non-formal learning center was upgraded to a formal school and classes began in October 2019.

Mallam Lawal Suleiman, the newly posted Headmaster sees his new role as an opportunity to help children in his community get a formal education. The NEI Plus trained Facilitator, Abdurrahman Yelwa Abubakar also volunteers his time as a teacher at the formal school to cater to the increasing number of pupils enrolling in the school.

Mallam Abubakar Usman, a representative of the community leader describes the establishment of primary school as one of the best things that can happen to any community. 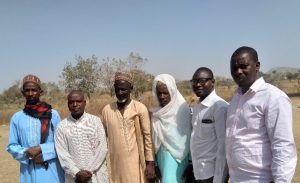 “We are nomads, and we travel to many places for grazing and have observed the way other people live. The world is very advanced hence the need for our children to also attend formal schools” – Mallam Abubakar Usman, Sullubawa Community Leader Rep.

Children from Sullubawa now have the opportunity to study in a formal school and can dream of becoming engineers, doctors, lawyers, and other professionals.

Communities with little or no access to education remain a priority for NEI Plus as it continues to establish non-formal learning centers and support early grade reading in Bauchi and Sokoto.