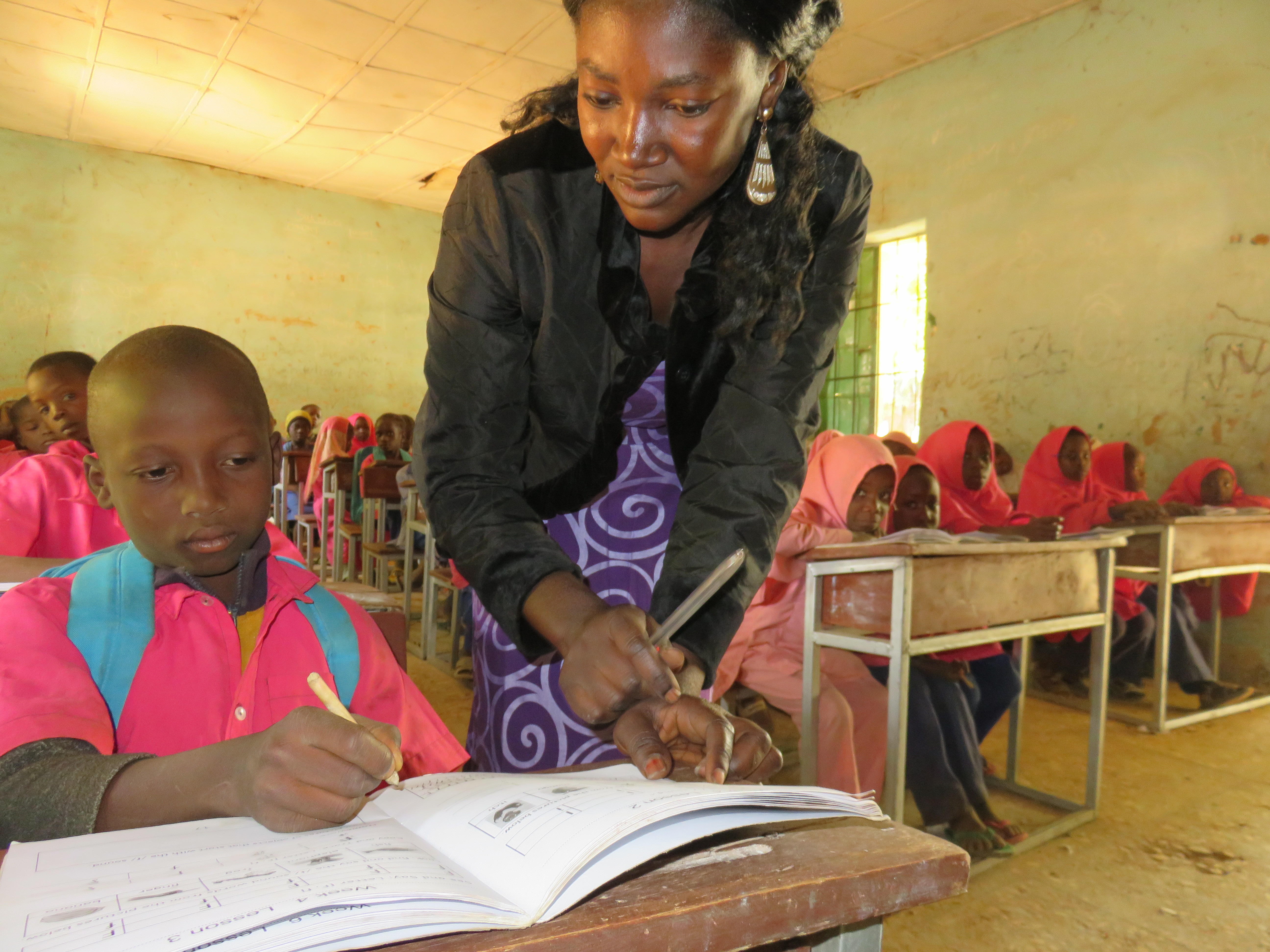 Gyamzo Central Primary School in Toro local government area of Bauchi state has been a fixture in the community since it was built in 1947. Until recently, usage had declined.
Today, this 69-year old school is vibrant again. In one class, children are singing “Old McDonald has a farm” and in another, they are repeating “Nana na nan” in Hausa several times.
Instructors are also teaching children to read in a new way. The educators have been trained by the Northern Education Initiative Plus on new methods to teach pupils to start reading in Hausa from Primary one and transit to English by Primary three.
They use their teacher guides to plan for their lessons while the children use their Mu Karanta! Let’s Read! pupil textbooks.
Twelve-year old Zerrubabel Danlami and nine-year old Hauwa Ibrahim are both in Primary three. They are excited about their new books. Their teacher also engages them more during lessons.
“She teaches us new songs, she asks us to repeat words after her and asks us questions while the lessons are going on,” Danlami says.
He opens his textbook, placing his finger under each word, starts to read, “Amina has a farm, Amina has a cow.” 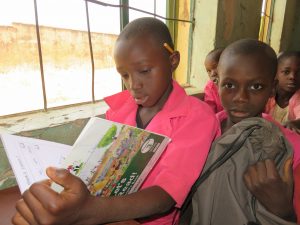 Hauwa says she now likes coming to school to read. Even though there are many children in her father’s compound, her mother also encourages her to read at home.
Hauwa wants to complete her basic education before she gets married. She understands that to get that chance she needs to prove herself to her parents.
“I love these books because there are many stories in it. My teacher composed songs with the words and it makes it easy to remember,” she says. 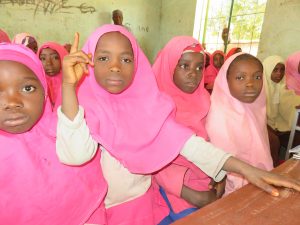 She is the 17th of 19 children and all of them of school-age are being educated.
“My father likes that I have new books and tells me to be careful with them all the time.”
It is the same for nine-year old Christopher Luri who is in Primary two. His father who is a retired teacher helps him with his homework.
When he is asked what his favorite lesson is in his Let’s Read! English book for primary two, he points at the picture story with the tortoise and the hare.
[perfectpullquote align=”full” cite=”” link=”” color=”” class=”” size=””]“I love to use the pictures to imagine my own story,” he says.[/perfectpullquote]