The Northern Education Initiative Plus project encourages community participation while working to provide basic education across 20 Local Government Areas (LGAs) in Sokoto and Bauchi states. Women groups volunteer to visit house-to-house to educate parents of the benefits of sending their children to school. They engage community leaders who in turn lend their support to the importance of education. These

By Creative_ADMIN Comments are Off education, girls, Nigeria, women

A USAID early grade reading initiative in Northwest Nigeria is extended to millions of children, beginning with an innovative teacher training for 1,350 educators. SOKOTO — Safiya Usman comes from a family of teachers, including both her grandparents and parents. It felt natural to continue in her family’s teaching tradition, but neither family experience nor her initial teacher training fully 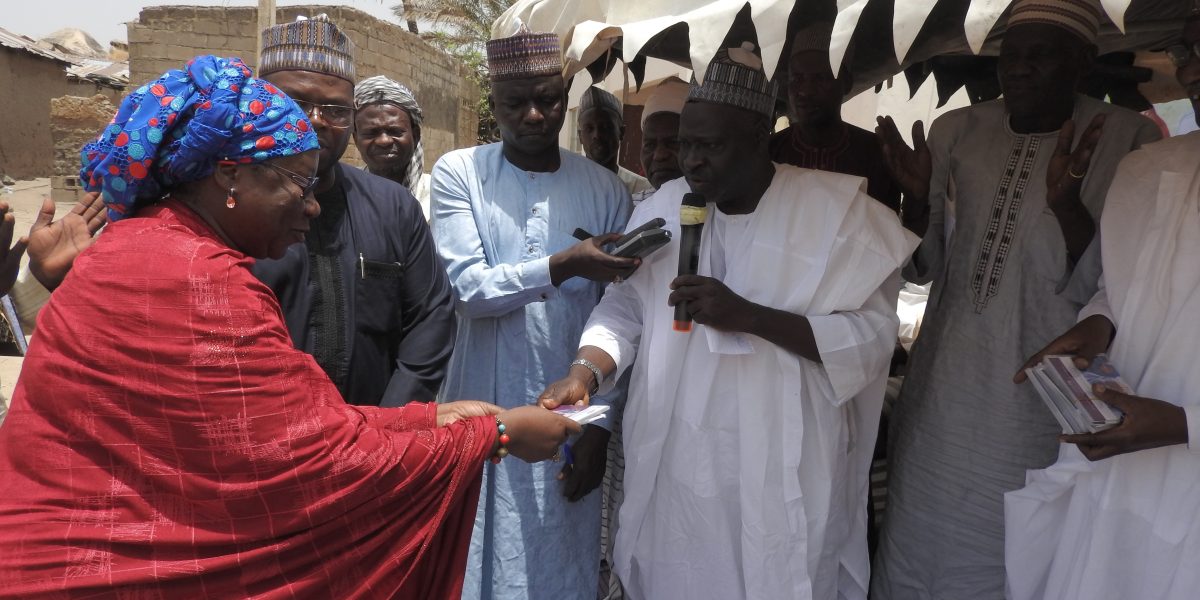 By Creative_ADMIN Comments are Off education, girls, women

As part of activities marking this year’s International Women’s Day, USAID’s Northern Education Initiative Plus has launched a 24-episode Hausa radio drama series promoting increased female participation in education in Bauchi and Sokoto states. The radio drama series, which primarily tackles barriers to education in Northern Nigeria, was launched on Wednesday March 21, 2019, by the Bauchi State Commissioner for