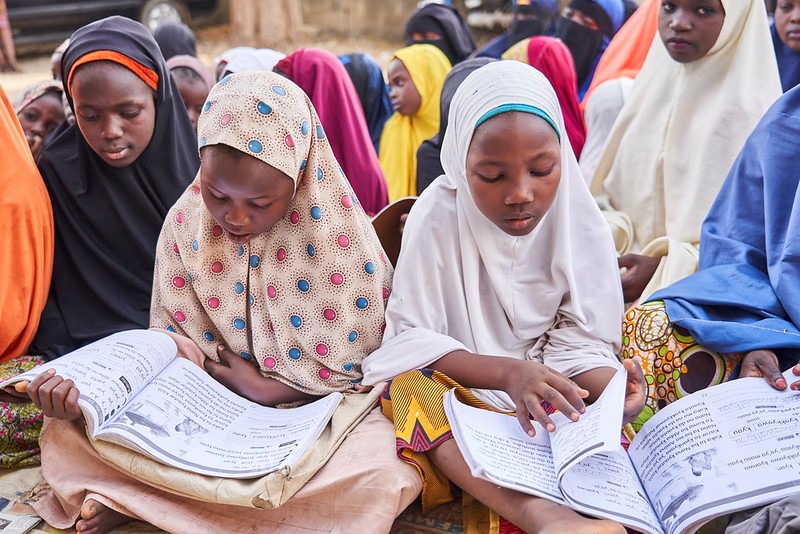 Socio-cultural norms and economic barriers play a major role in hindering girls from going to school in Africa. According to UNICEF, 10.5 million children are out of school in Nigeria and 60 percent are from Northern Nigeria, with girls representing a larger portion of the disadvantaged. In regions like Northern Nigeria, cultural expectations often limit a girl’s future to a life of street hawking, early marriage and childbearing. These expectations compromise many girls’ opportunities to achieve formal education.

One community where girls are at a severe learning disadvantage is the Tangaza Local Government of Sokoto state. There, parents generally hold the belief that girls do not need education, since they will eventually get married and function as caregivers in the home. As a result, most girls in this community do not go to school.

To bridge the learning gap for disadvantaged girls in communities like Tangaza, the USAID five-year project Northern Education Initiative Plus established Non-Formal Learning Centers (NFLCs) to provide basic education for out-of-school boys and girls of primary grade ages (8-11 years old) in Bauchi and Sokoto states. NFLCs provide a pathway for children to then mainstream into formal schools, after catching up on education they’ve missed.

NEI Plus also established Adolescent Girls Learning Centers(AGLCs) which cater exclusively to pre-teen and teenage girls.
However, opening the AGLCs was met with some initial resistance from certain communities. For instance, when NEI Plus first established Sabro AGLC in Tangaza, parents were not open to enrolling their girls.

In Tangaza as in other communities, NEI Plus and its partners mobilized and educated opinion leaders and influencers (such as traditional and religious leaders, women and youth groups, etc….) in communities as well as parents, on the importance of educating their girls. There are many benefits to establishing AGLCs, not least of which is keeping girls in school and curbing child marriage. The centers provide alternative education for adolescent girls who have either never been to school or dropped out., The AGLCs’ curriculum is designed to improve students’ reading, writing oral skills, vocabulary and comprehension skills; and promote easy transitions from non-formal learning to formal schools.

After engaging with community members in the Tangaza community, parents started to enroll their girls at the Sabro AGLC. At the end of nine months of lessons, learners wrote qualifying exams and got enrolled in formal schools. Some girls who got enrolled into formal school inspired more parents to register their daughters in Sabro AGLC. This led to an increase in girls’ enrollment in schools in the Tangaza community. 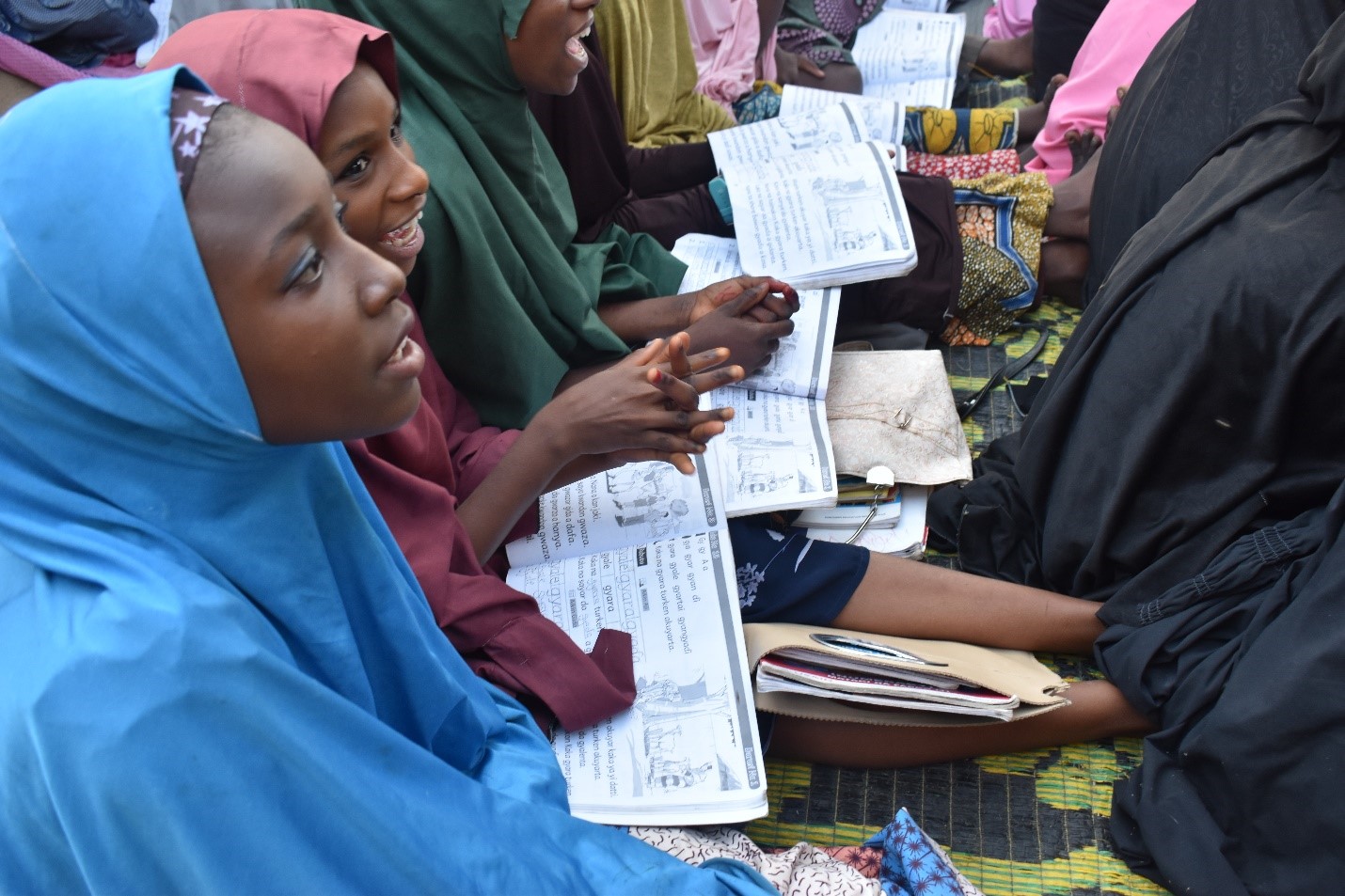 NEI Plus has established 773 AGLCs (Bauchi -410, Sokoto-363) over the last five years. A total number of 36,905 girls have enrolled and passed through the AGLCs that cut across 20 Local Government Areas in Bauchi and Sokoto states. So far, 59 percent (21,802) of the total number of girls enrolled have mainstreamed into formal schools. These girls can read and write and have acquired skills that enabled them to further their education, giving them hope for a better and empowered future.
One of the girls who got her education through an AGLC is Aisha Adamu. At 15 years old, Aisha Adamu had never been in the four walls of a school. No one gave her a chance to go to school to learn how to read and write, instead, she was married off. The marriage did not last, and soon she found herself divorced. Fortunately for Aisha, she went to live with her older brother and he enrolled her in a nearby AGLC. Now she has a chance to build a better future with an education.

“I could not read or write before coming to the center, but now I can,” says a delighted Aisha.

Girls who mainstreamed into formal schools after attending the AGLCs were found to be confident and able to cope with learning expectations. Suwiaba Ahmed, a teacher at Gubi primary and junior secondary school in Bauchi, testifies to the improved performance of Khadija, one of the girls who was mainstreamed into her school from an AGLC.

“Khadija is very smart. She is doing better academically than many students she met already enrolled at the school.”
A now confident Khadija dreams of becoming a teacher in the future.
“I want to continue my studies and want to be a teacher when I grow up,” says Khadija.

According to the recent Year 4 Early Grade Reading Assessment report for NFLCs, AGLCs in both states have met the target for the oral reading fluency benchmark of 25 percent and therefore achieved the highest proportion of learners meeting the ORF benchmark, with a third of learners in Bauchi and a quarter in Sokoto able to read 20 or more correct words per minute .
Through USAID’s Northern Education Initiative Plus AGLCs, thousands of girls have acquired learning skills and developed critical thinking and decision-making skills that will have a lasting impact on their future. The AGLC girls now have dreams and prospects for a better life through furthering their education.