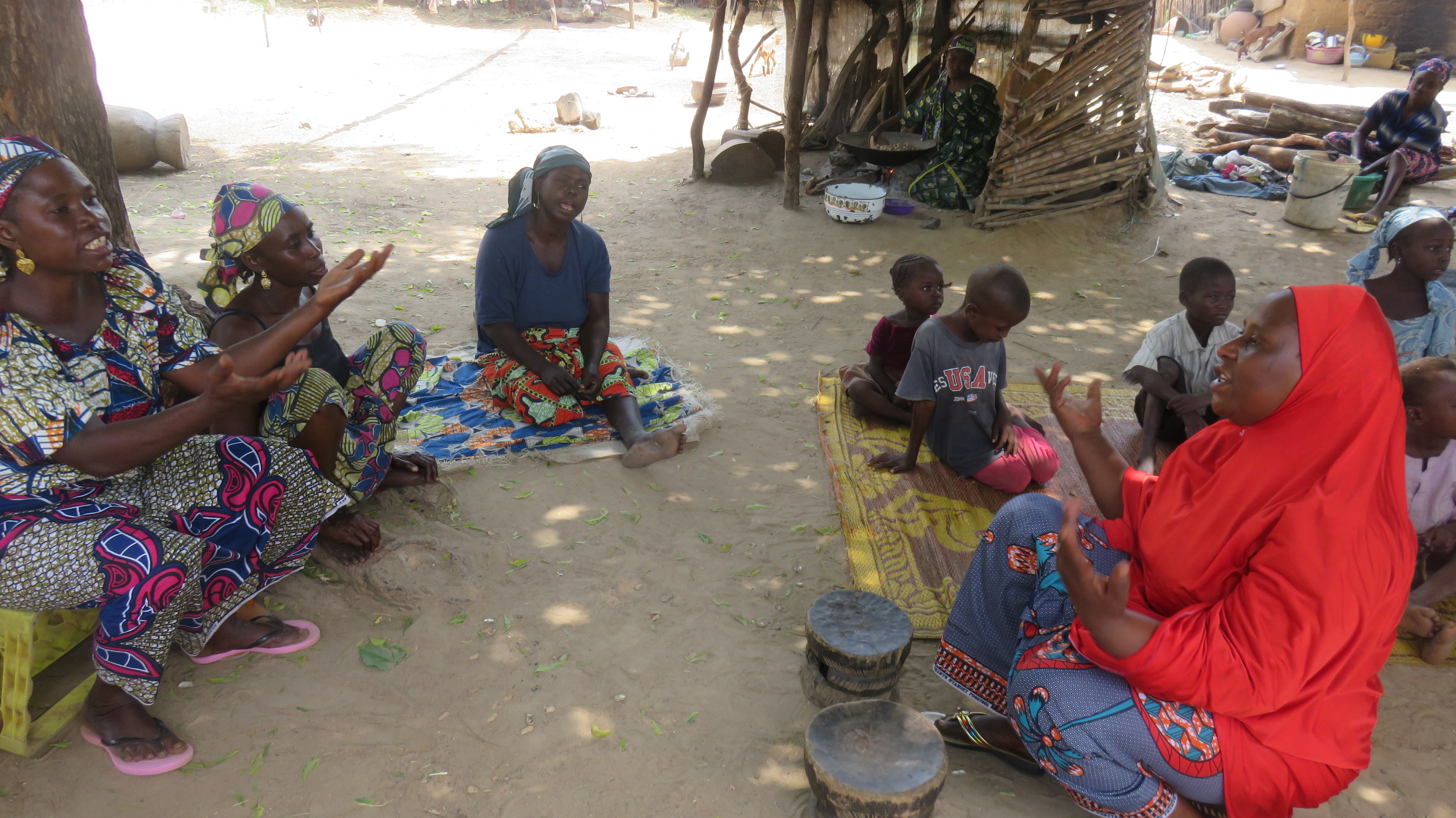 October 19, 2017 By Creative_ADMIN Comments are Off

BAUCHI, Nigeria- Seven-year old Binta Muhammad is from a very poor home in Darazo local government area of Bauchi State of Northern Nigeria. Her parents can hardly afford to feed their very large family of eighteen children many of whom have no formal education.

Poverty is a major barrier to access to education in Northern Nigerian and although government offers free basic education, many families cannot afford necessities to keep children in schools.

But Muhamad’s story is different thanks to support from kindhearted community members who have been able to buy her a school uniform, bag, books and a pair of sandals.

She is now enrolled in a model primary school in her community after completing a six-month basic literacy in one of the 800 Non-Formal Learning Centers opened by the Northern Education Initiative Plus project in Bauchi and Sokoto states. 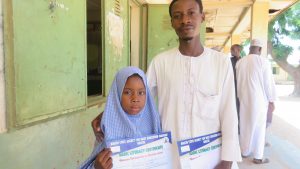 Although well-meaning individuals have always existed in Muhammad’s community, this was the first time they were coming together concertedly to mobilize resources for children from poor homes to attend formal schools.So what was different? Community members in Darazo local government were elated with the performance of their children in the Non-Formal Learning Centers. They saw children who had never attended school or dropped out start to read and write alphabets, string sentences together, identify numbers and solve arithmetic problems such as addition and subtraction.

When the Northern Education Initiative Plus in collaboration with government partners and community leaders advocated for resources to mainstream about 600 successful learners from the centers to formal schools, community members in the local government were more than willing to contribute. 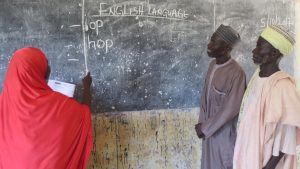 Lawal DanAli is the secretary to the trade union in the local government who was at the forefront of mobilizing financial resources for the children.

“We were very appreciative of how the Northern Education Initiative Plus transformed the lives of our children and we did not want it to stop there. We felt that if we helped these children we will be doing justice to our community by reducing the number of children that are out of school,” DanAli.

He shows a list of 16 people mostly artisans, traders and farmers who contributed to buy exercise books, pencils, school bags, uniforms and sandals for the children.

Although Muhammad can hardly understand how she got these materials, she is grateful to be in a school she only dreamt of attending earlier.

This financial support from communities is also extended to formal schools where parents are pleased with the early grade reading curriculum being implemented by the USAID funded Northern Education Initiative Plus project. In two years, the project has trained nearly 9,240 teachers to teach children to read with understanding in both Hausa and English languages by the end of third grade and distributed nearly 2 million Reading textbooks to pupils and teachers in Bauchi and Sokoto states.

Communities are grateful. Their children own books that they take home and can continue their reading. They sing songs on the streets and read stories aloud.

But they also want these books to last the children through the school terms. So the School Based Management Committee of Model Primary School Sabuwar Tiffi in Ningi local government area of Bauchi State purchased school bags for pupils to keep their Let’s Read! Mu Karanta! books safely.

“During the rainy season, children will use the books to cover their head while returning home and we did not want them to destroy these books that had cost money to produce or that will disrupt their learning if they did not have them,” said Haruna Adamu, the Committee’s chairman.

Their involvement is not limited to financial contributions. They also monitor teaching and learning in the school closely liaising with the head teacher to resolve complaints. The woman leader in the committee, Furera Adamu is tasked with entering homes to speak to mothers to enroll their children in school or prepare them early to attend classes regularly.

“Sometimes children especially girls are absent from school and when it is brought to my attention I visit their mothers to find out what the problems are and encourage them to allow their daughters come back to school. At least with the reading program there is a reason for them to return,” said Adamu.

In another school in Burra community of the same local government, the School Based Management Committee is transporting the pupils’ textbooks 120 km from the local government education authority to the school as part of their contribution.

Burra is an agrarian community farming mostly beans and rice at a subsistence level. Many homes rely on what they farm to eat. But when they saw their children reading from these textbooks, they were happy to part with their limited resources each term to convey the reading materials to the school.

“Our school is far and we realized that if these textbooks must come to these children so they are not left behind, we had to pull resources together to transport them to the school,” said Shehu Bakano, chairman of the committee.

A critical component of the Northern Education Initiative Plus project is sustaining community engagement and support for education and building their capacity to measure progress in increasing opportunities for education and improving reading outcomes.